Councillors in South Ribble are paying tribute to a former Mayor and former Deputy Council Leader who has passed away aged 80. . 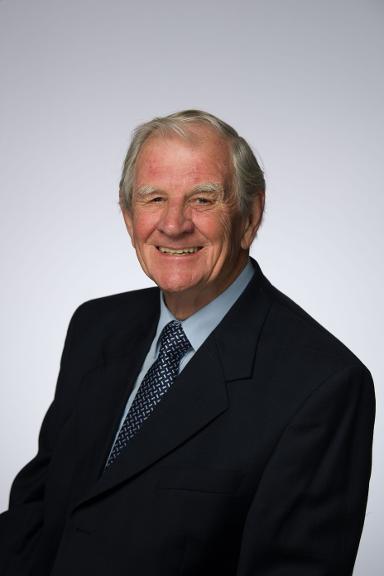 Mayor of South Ribble from 2012 to 2013, Councillor Clark was a vastly experienced local councillor - representing the Longton and Hutton West ward on South Ribble Borough Council from 1997 to the present day in 2021, where he was still a councillor.

Born in Ulverston, Cumbria, on 23 January 1941, Colin Clark later moved to Preston, aged 14, and attended Preston Grammar School. His professional career began as a scientist at the UK Atomic Energy Authority at Springfields in Salwick near Preston. After that, he spent 30 years in senior management positions in the water and environmental services sectors before he retired aged 52 from his position at South West Water. He leaves behind wife Margaret, two children Helen and Stephen, seven grandchildren and six great-grandchildren.

"It is with deep sadness that I write this tribute to our friend and colleague Colin. He was a very loyal, and hard-working member of our Conservative group.

"He first joined the council in 1997 and has represented the ward of Longton and Hutton West for over 23 years.

"Colin was very professional in his approach; he would do his research and he liked to drill down into reports. Most of all, he liked all the i's dotted and the t's crossed and things done in a professional and considered way.

"He was very proud to represent his ward and was always pleased to be re-elected with a huge majority.

"Colin was very conscientious at attending meetings and his contribution was greatly valued.

"One of his proudest achievements was the implementation of the shared service at the council which saved the taxpayer millions of pounds over the years.

"He was also especially proud in 2012 to be elected as Mayor of the Borough with his wife Margaret as mayoress by his side.

"The Conservative group will miss him greatly and South Ribble Borough Council will be a poorer place without him. Our thoughts and prayers go out to Margaret and his family at this very sad time."

"I will remember Colin in the manner in which I think he'd approve: as a fierce, passionate political juggernaut, standing up for what he believed in, challenging the status quo and always demanding the very best from the council.

"He has been a fantastic political opponent and I respect him enormously because I truly believe our work together on the council, albeit on different sides of the council chamber, has made a massive difference to the people of South Ribble and his service - representing Longton and Hutton West for all those years - is such a great testament to his work ethic, his character and his devotion to public service.

"The council meetings have just lost an experienced, passionate voice for Longton and Hutton West and the wider area. I can't quite imagine these meetings without Colin's deeply knowledgeable and constructive input.

"I want to send my deepest sympathies to Colin's Conservative colleagues on the council; the Shadow Cabinet and Councillor Margaret Smith; and of course, most of all, Colin's wife Margaret. We are all thinking of you Margaret and you can count on our support."

"This is really devastating news. I have known Colin since he came onto the council following a by-election in 1997 and we have seen so much change implemented in South Ribble for the greater good, and Colin was behind a lot of that.

"Colin was one of the most experienced councillors at South Ribble - so this is a huge setback for the borough and for Longton and Hutton West in particular.
"I want to pay tribute to some of Colin's excellent contributions at council meetings down the years and his keen awareness of how the council should be run. He had very high standards and if something was not quite satisfactory, Colin would always challenge it.

"On behalf of the South Ribble Liberal Democrats, I pass our sincere condolences to Colin's wife, Margaret; their family and friends; and everyone on the Conservative Group at South Ribble.

"We have all lost a wonderful colleague and a wise, passionate voice in our local democracy."

The funeral will be held at 2pm on Thursday 18 March at St Michael's Church, Hoole. The cremation at Charnock Richard Crematorium will follow straight afterwards. Neil Buckley Funeral Directors have advised that it will be family flowers only and donations in Colin's memory can be made to St Catherine's Hospice in Lostock Hall by visiting https://www.stcatherines.co.uk/support-us/donate/.

Colin Clark was an experienced, knowledgeable, intensely passionate man - a true gentleman, too - and everyone at South Ribble Borough Council pays our respects to his life and his accomplishments.

May he rest in peace.