A long-standing Councillor and Leader of the Liberal Democrat group, Councillor Howarth was officially sworn in as Mayor of South Ribble after a ceremony at the Civic Centre on Wednesday (18 May). 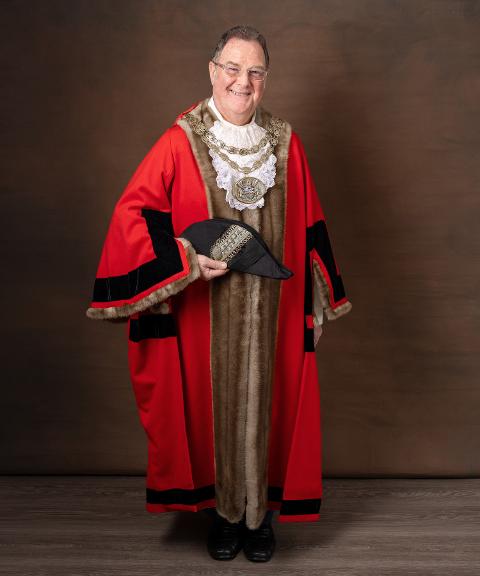 He replaces Councillor Jane Bell who has served in the role since 2020, an extended period, as a result of the pandemic.

Having first been elected to South Ribble Borough Council in 1995, the Mayor has served in two cabinets and went on to be Deputy Leader of the council between 2003 and 2007. Following a defeat by just three votes in 2007, he returned to the council in 2013 winning a by-election and was elected to the County Council on the same day.

Accepting his new role, Councillor Howarth who has been a member of Penwortham Town Council for 27 years, said:"I am honoured be able to serve the South Ribble community as Mayor this year.

"I have dedicated my life to serving our community and I'm very much looking forward to continuing this in the Mayoral capacity, getting out and about in the community and giving back to incredible organisations who do so much for so many".

The Mayors chosen charities this year include St Catherine's Hospice, Mind, and the National Autistic Society, a reflection of how his family has been touched by all of them.

The Mayor continued, "My chosen charities this year hold a dear space in my heart as my family has in some way been supported by all of them. They are truly incredible organisations who help support so many individuals and families, and I cannot wait to get started with fundraising and raising awareness of their cause."

An avid Manchester United fan, the Mayor has two grown up children, Matt and Alex, named after the clubs, most famous managers. While originally from Manchester, the Mayor has lived in many places across the country but chose South Ribble as his home for the last for 31 years and has fulfilled his passion for politics and family in Penwortham.

His Mayoress is his long-term partner Councillor Angela Turner.