The Holme Playing Field Playground in Bamber Bridge, off Bridge Street was officially opened today after undergoing a major £225,000 refurbishment. 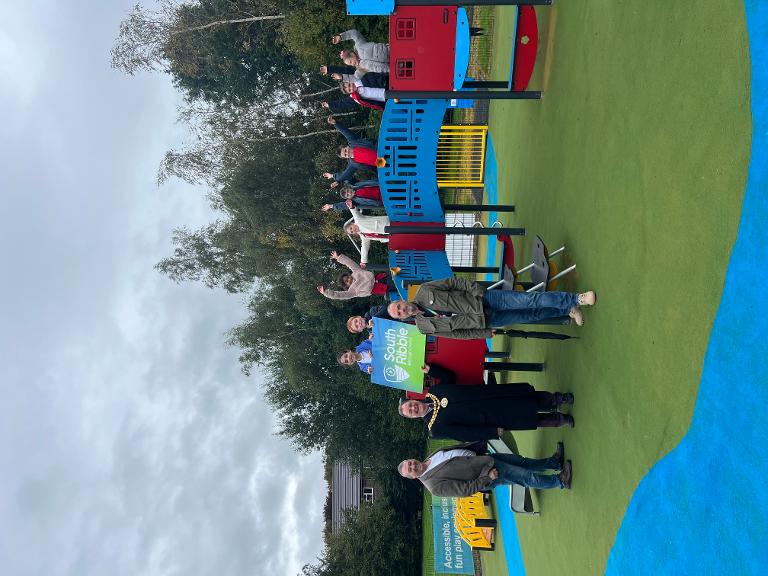 The Mayor of South Ribble, Councillor David Howarth joined the Leader of the Council, Councillor Paul Foster and pupils from St Mary's and St Benedict's RC Primary School and St Aidan's CE Primary School to officially open the playground to the public.

The playground now hosts brand new, state of the art toddler (ages 2-6) and junior (ages 7-12) playground equipment along with a new ball court and dynamic equipment for teens.

Leader of South Ribble Borough Council, Councillor Paul Foster said: "This long-anticipated play area has officially opened in Bamber Bridge and will be a great asset to the community.

"It's brilliant to see a playground come to life and this not only caters for the children of South Ribble but also teens who can make use of the fantastic ball court.

"We aim to deliver projects which can be utilised by all ages in South Ribble and I encourage everyone to come along and make use of it".

The playground was last updated in 1999 and only had basic equipment for toddlers, juniors and a single ended ball court. The updated playground now offers swings, roundabouts, seesaws, multi-climbers and slides for toddlers and juniors in a dog-proof fenced area along with a brand-new double ended ball court and dynamic equipment for older children.

Equipment was chosen based on resident's views in a consultation that took place in April 2021.  A redundant football changing unit was also removed from site as a result of feedback received from residents and given a new use at another site.

More investment will be seen across the borough as the Council continues to invest £2.4 million into South Ribble's playgrounds and open spaces.